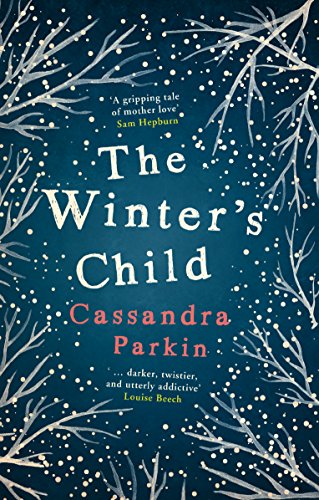 I’m thrilled to be on the blog tour for The Winter’s Child by Cassandra Parkin.  I had heard a lot of good reviews from my fellow bloggers for this book so I was thrilled to be able to get a copy of it and to be invited onto the blog tour.  The winter’s child is available to buy now here.

Five years ago, Susannah Harper’s son Joel went missing without trace. Bereft of her son and then of her husband, Susannah tries to accept that she may never know for certain what has happened to her lost loved ones. She has rebuilt her life around a simple selfless mission: to help others who, like her, must learn to live without hope.

But then, on the last night of Hull Fair, a fortune-teller makes an eerie prediction. She tells her that this Christmas Eve, Joel will finally come back to her.

As her carefully-constructed life begins to unravel, Susannah is drawn into a world of psychics and charlatans, half-truths and hauntings, friendships and betrayals, forcing her to confront the buried truths of her family’s past, where nothing and no one are quite as they seem.

A ghostly winter read with a modern gothic flavour. A tale of twisted love, family secrets and hauntings.

The Winter’s Child is a crime story but not necessarily one told as you would expect. It is told mainly from the point of  view of the victims, the parent’s of two missing children with the police being largely background characters.  I thought this was a fascinating approach to take as it was very interesting to see the investigation from the otherside and realise how such an event and a crime investigation can affect the victims.  It made the story much more emotional then it otherwise would have been as you can see how each twist, turn or revelation effects the victims and how they can go on a huge rollercoaster ride of different emotions throughout the investigation.

I had mixed feelings about the main character Susannah.  On one hand i really felt for her as her emotions about her lost son were still very evident in her daily life and actions. It was heartbreaking to see how much she tried to fight against them and lead a normal life but was set back by little things.  The description of the daily rituals that she follows in her son’s memory were very poignant to read about as were the ways that she tried to rationalise every hopeful thought she has about her son to try and protect herself from further hurt.  I loved the relationship she had developed with her neighbour and the description of how they were able to support each other without talking was beautiful and brought a tear to my eye.

However I did find her a little selfish and unfeeling at times, especially towards others who had also suffered the loss of the child.  She seemed to believe that her opinion or way of thinking was the only correct way to be and didn’t seem to care a lot about the way others in her situation might feel.  As someone who has lost a child, albeit it a slightly different way, I actually agreed with Jackie’s observation that it doesn’t matter what people believe in as long as is it giving them comfort that is all that matters.  When I lost Christopher the hope that I would get to see him again in heaven and hopefully get to spend time with him was very comforting to me, as was the hope that he was watching over us all and keeping us safe.  I know others wouldn’t agree with this opinion but if it provides comfort to a grieving mother I don’t see what the harm in it is.  I felt Susannah was wrong to be so outspoken against things and it did make me dislike her a bit.

My favourite character was Jackie, I loved her attitude and the fact that she tried to help Susannah despite suffering herself.  She seemed a very strong lady, determined to find her son but not to let his disappearance affect her daughter. She seemed to also be the only one to stand up to Susannah and the only person willing to tell her she was wrong.  I found I quite admired her and hoped that in a similar situation I might be like her.

The information about how psychics work was very interesting as its a subject I’ve never really given much thought to before.  Their ability to work out a suitable fortune for someone based on the similar things everyone at an event might have experience is obvious when you think about it but not something that I had ever realised before.  I do hope that not all of them prey on vulnerable people though and that there is some sort of legal action that can be taken if they are found to have done.

The style and flow of the book drew me in from the first page and I soon found myself really immersed in the story.  The author has a brilliant ability to help the reader understand a character quite quickly and I soon felt that I understood Susannah well and knew what made her tick.  I think this is because the author describes what the character is thinking so the reader gets a much more holistic view of them.  She also doesn’t hold back from telling the reader everything, whether good or bad, about the character leaving the reader to make up their mind about them.

This the first book by Cassandra Parkin that I have read but it definitely won’t be my last and I look forward to reading more by her in the future.

Thank you to Legend Press for my copy of this book and for inviting me onto the blog tour. 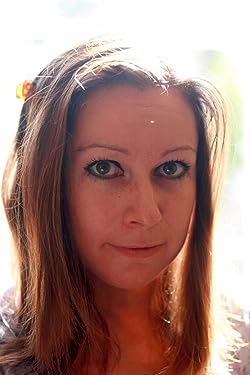 Cassandra Parkin grew up in Hull, and now lives in East Yorkshire. Her short story collection, New World Fairy Tales (Salt Publishing, 2011), won the 2011 Scott Prize for Short Stories. Her work has been published in numerous magazines and anthologies.
The Summer We All Ran Away (Legend Press, 2013) was Cassandra’s debut novel and nominated for the Amazon Rising Stars 2014.

If you liked the sound of The Winter’s Child from my review, do follow the blog tour and see what these other fabulous bloggers thought too.

One thought on “#Blogtour: The Winter’s Child by Casandra Parkin @Legend_Press @cassandrajaneuk”